First, determine the roots, the y-intercept, any domain restrictions, and create the sign pattern. If you’re unsure about how to do any of that, refer to this post. For graphing purposes, we’ll use slightly different terminology. Instead of calling x-values that make the numerator equal zero the roots, we’ll call them the x-intercepts. Domain restrictions are called vertical asymptotes.

For now, let’s play with the same function as before:

A Note on Asymptotes

Horizontal asymptotes are there to show you a graph’s end behavior, where the graph hangs out as x gets very big (far to the right) or very small (far to the left). They only tell you about what’s going on when you have x-values that are far from 0. This means that in the part of the graph where a lot is going on, it’s totally fine to cross a horizontal asymptote. The same is true for slant asymptotes. 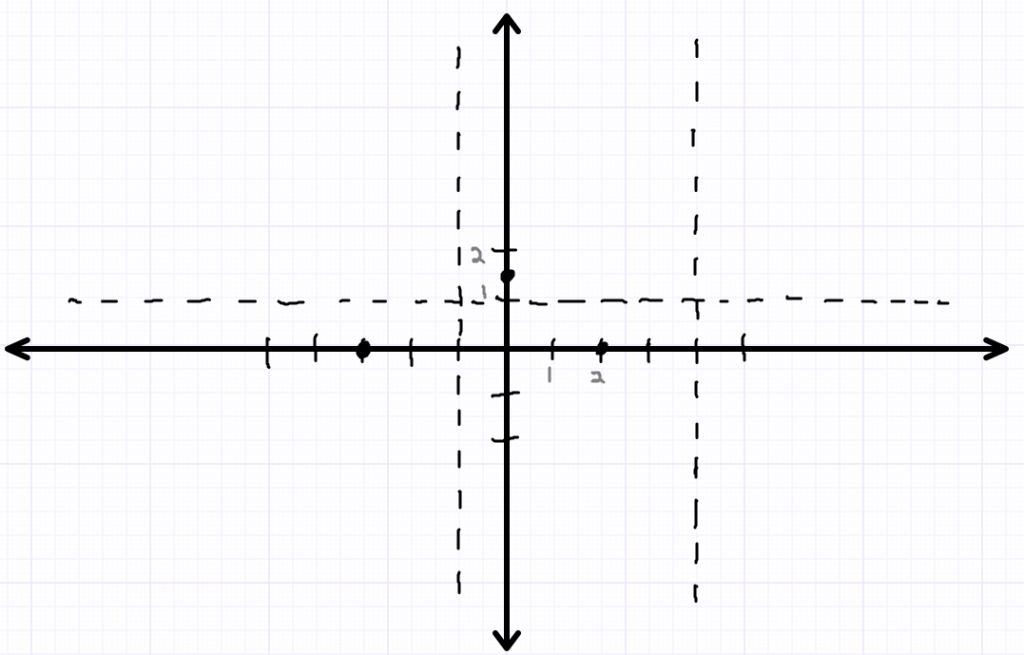 Let’s work from left to right with the sign pattern. 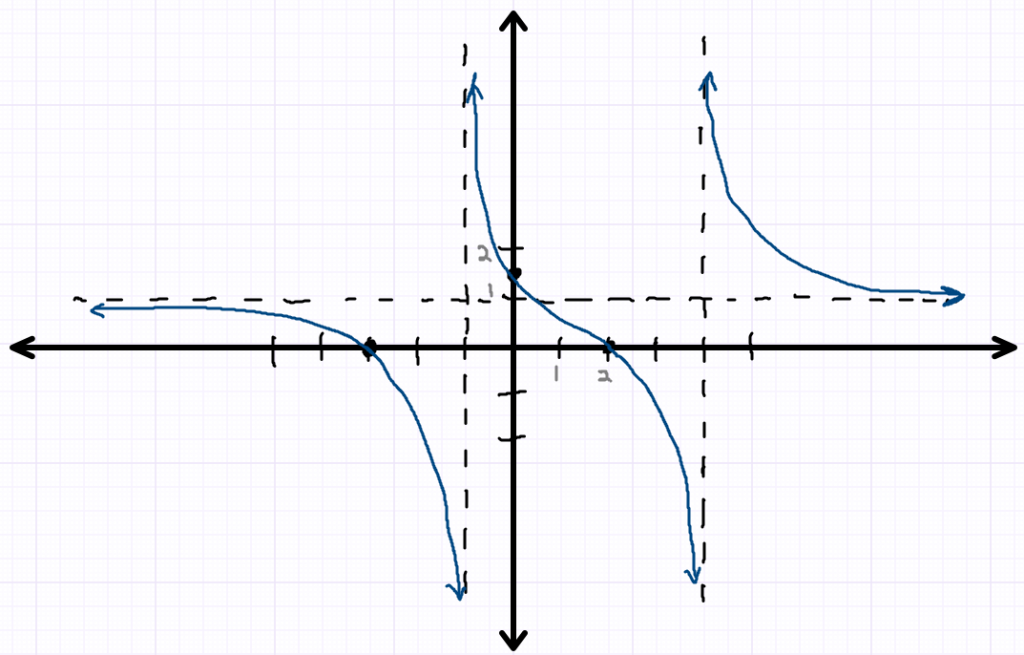 As you can see, having an accurate sign pattern makes it much easier to graph rational functions. You want to double check that you have your x-intercepts and vertical asymptotes correct, and that you accurately determined the sign of the function in each interval created by those interesting x-values.

In the next post we’ll talk about rational functions where there is a slant asymptote instead of a horizontal asymptote, and we’ll address how to deal with holes in the graph.

Do you have any questions about the graphing process above? Would you like me to provide practice problems? Let me know in the comments below!